Is oil pulling too good to be true?

Over the years, herbal medicine has had a number of wins. Cinchona bark gave us quinine and saved millions from malaria. Penicillium mold turned into penicillin, the first antibiotic. Willow bark gave rise to aspirin, and let’s be real, we’ve all popped an aspirin or two to cure a headache. Given this track record, it’s easy to get excited about new herbal remedies. But that excitement has to be balanced by logic. Quinine, penicillin, and aspirin were all backed by science before they became life-saving sensations. And countless herbal remedies that lacked a scientific foundation have turned out to be plain old bunk. (Don’t believe me? Look up some eighteenth-century snake oil ads. Prepare to be shocked).

Recently, a new herbal remedy has been making waves in the dental world. Oil pulling, like many remedies before it, is attracting a cult following, but only science can tell whether it is a bona fide miracle cure or just more snake oil.

What is oil pulling?

Oil pulling is the practice of swishing oil (usually coconut oil) in your mouth for 15 – 20 minutes. Believers claim that coconut oil has antimicrobial properties, which can help with bad breath, gingivitis, and cavities. There are also claims that oil pulling whitens your teeth and detoxes your body by “pulling” toxins from your blood.

Is there science to back up oil pulling?

A handful of scientific studies have tackled oil pulling. While they did show that oil pulling was better than water and (in some cases) equal to regular mouthwash at treating gingivitis and bad breath, the sample size was only twenty people. That’s too small to inspire confidence in most scientists.

Since we don’t have reliable studies to support oil pulling, we have to think about it on a theoretical level. Theoretically, is there something special about coconut oil that would make it a useful dental product? Not really. It is made almost entirely of fatty acids; it’s just fat that you’re swishing around in your mouth. Not particularly exciting from a dentist’s point of view. If there is a standout among the fatty acids, it’s lauric acid. Coconut oil is about 50% lauric acid, which is good news for oil pulling devotees. Lauric acid has documented antimicrobial effects, so it’s conceivable that it could take out some of the bacteria associated with gingivitis, bad breath, and maybe even cavities. The sheering effect of swishing the oil (or any liquid, for that matter) around in your mouth for twenty minutes could also break up plaque deposits and biofilms that allow bacteria to flourish.

But when you get to whitening and detoxing, the science totally collapses. Coconut oil has no properties that could pull this off, and there are no known mechanisms for this to happen. No one even seems to know what kind of “toxins” are being pulled out of the body. It’s all empty rhetoric.

Is there an easier way?

If you’re thinking, “There has to be an easier way to clean my teeth than swishing fat around in my mouth for twenty minutes a day,” you’re right. A traditional oral hygiene routine takes four minutes tops. Brush for two minutes. Floss for one minute. Swish with a standard, non-alcoholic mouthwash for one minute. Ta da! Clean teeth and sixteen minutes to spare. As a bonus, most toothpastes protect your teeth with fluoride, a kick-butt cavity fighter whose equivalent you won’t find in coconut oil. Your mouthwash might succeed in whitening your teeth too. Unlike coconut oil, that’s what it was designed to do.

Of course, if you’re struggling with chronic gingivitis or bad breath, a visit to your dentist might be in order. We’ve got much stronger stuff than coconut oil up our sleeves, and we can help you find an easy, practical product to meet your dental needs. 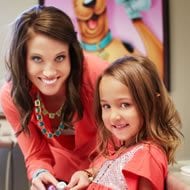 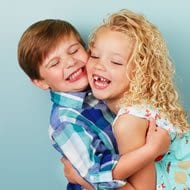